Michigan Medicine receives donations from around the world 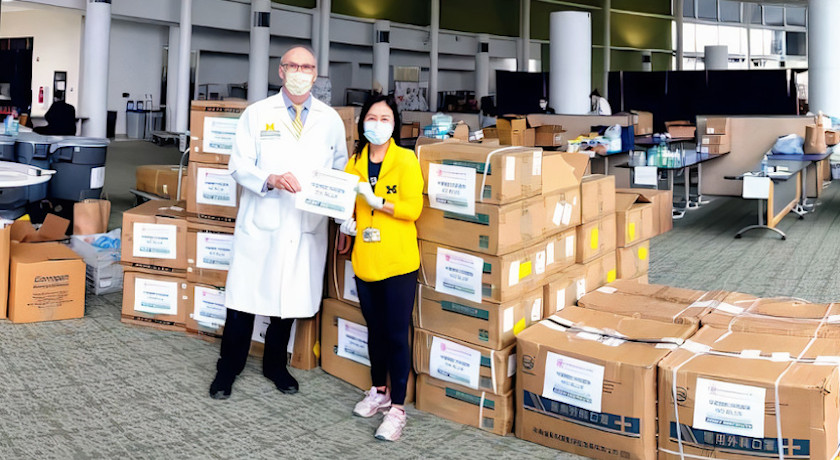 When COVID-19 drastically increased the demand for personal protective equipment (PPE) in March 2020, a team from Michigan Medicine started a centralized PPE donation drive. It opened up a new source of potentially scarce supplies by providing a single location where the community could donate. Within three weeks, more than 300,000 PPE items and cleaning supplies that were already in homes, offices, laboratories, factories, restaurants, salons and more were donated. Nearly one-third of the items became part of the regular supply chain, approved for clinical use or use by providers, patients and visitors.

In addition to the campus and local community, hundreds of shipments were also received from U-M alumni and friends, and even parents of Michigan students, who were also sending their support from across the United States, China and beyond.

A week and a half after the drive began, Michigan Medicine also began collecting donations for Food Gatherers, a local food shelf. Within a week, the community had dropped off nearly 5,000 pounds of food and more than 1,300 pounds of diapers and toiletries. These supplies helped make up for the disruption to Food Gatherers' usual supply chain of donations from grocery stores and restaurants.